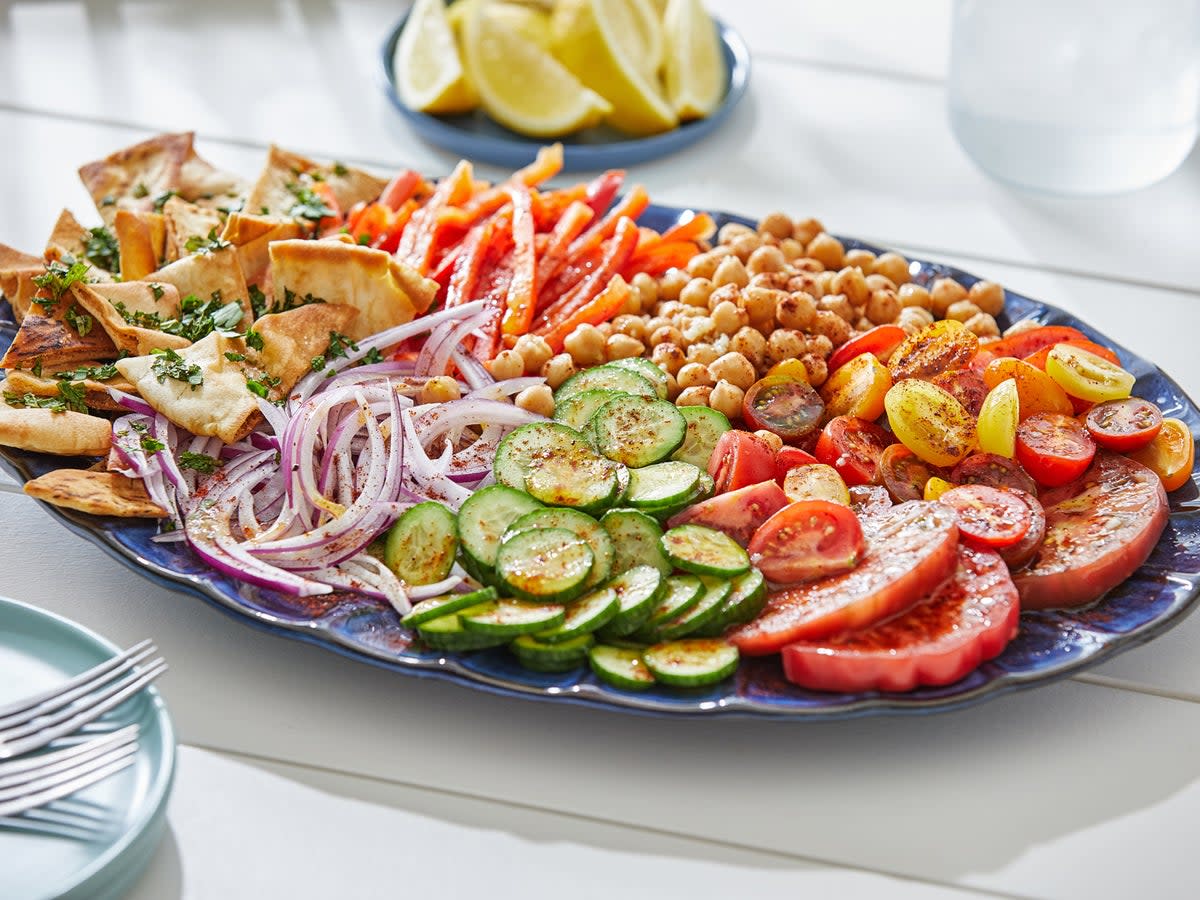 The language evolves, the recipes too. This one provides an example of both.

While directing it – and even more while writing it – I kept thinking of an old friend, a former fellow editor who, like many of us, is perhaps a little pedantic. I was thinking in particular of how whenever the food writers in our publication would describe the tendency of restaurants to rework a dish into its separate components, he would rant if they dared to use the word “deconstruct”, or one of its forms. Deconstruction should apply only to the specific form of literary and philosophical analysis that bears the name, he argued, and not simply to the idea of ​​breaking anything down into its parts.

As much as I like to defend certain traditional ideas about the language – don’t get me started on “literally”, for example – I never bought this one. Maybe it’s because I’ve never studied literary or philosophical analysis in the same way he did, but I’ve never understood the harm of more informal usage. More importantly, I could never find a better term to quickly make it clear to most readers (especially those without a degree in philosophy) that, for example, a pastry chef played with form by presenting separate dollops of lemon creme, marshmallow creme, and shortbread like “lemon meringue pie”.

Anyway, no offense, John, but the recipe I’m excited about this week is a deconstructed fattoush, the Middle Eastern bread salad. Traditionally made with leftover pita bread, seasonal vegetables and a dressing that includes tangy spiced sumac, fattoush is as popular throughout the Levant as panzanella is in Italy.

I always view fattoush as a casual affair, bringing together what looks good. In her beautiful new cookbook In praise of Veg, Alice Zaslavsky takes the casual approach one step further: rather than layering or tossing the fattoush, she suggests arranging its elements – tomatoes, cucumbers, peppers, toasted pita chips and a lemony dressing – in separate piles on a large tray and let your guests combine as they wish. To add protein and make it a main dish, I like to add a bunch of chickpeas – a beloved legume not only in my house, but in the fattoush homeland.

Since the idea here is that everyone around the table can make whatever salad they want, building their perfect bites, maybe deconstructing isn’t the right word after all. With this recipe, you can reconstitute fattoush.

This is a deconstructed version of the Middle Eastern tomato/bread salad, turning it into a platter full of items perfect for a serve-your-own approach to dinner. You can get as crafty or as casual as you want with the presentation, allowing guests to choose their favorite parts and create their perfect bites.

Get ahead: Pita chips can be prepared and stored in an airtight container at room temperature for up to 5 days before making the tray.

Storage Notes: Refrigerate up to 5 days, preferably with the pitas and dressing separate from the rest of the salad.

Or buy: Sumac can be found in Mediterranean, Middle Eastern, and international grocery stores, as well as online.

1.13 kg fresh tomatoes, preferably a mix of shapes, sizes and colors, cored if necessary and cut into rounds and/or wedges

For the crispy pita:

Place a rack in the center of the oven and preheat to 230°C.

Prepare the salad: In a small bowl, whisk together the olive oil, lemon juice, garlic, salt and pepper until combined. Taste and season with more salt and/or pepper as needed.

In a large serving dish, arrange the tomatoes and cucumbers. Garnish with bell pepper, chickpeas and onion. Sprinkle with sumac and drizzle with 60 ml of vinaigrette.

Prepare the Crispy Pita: While the salad is resting and the flavors are blending, on a large rimmed baking sheet, toss the pita triangles with the olive oil and spread them out. Grill for about 10 minutes, turning as needed, until golden brown and crispy.

Arrange the pita triangles on the platter. Sprinkle with herbs and serve with lemon wedges and remaining vinaigrette.

This analysis is an estimate based on the available ingredients and this preparation. It should not replace the advice of a dietitian or nutritionist.

‘It was terrible:’ Family wants refund after vacation rental booked on…