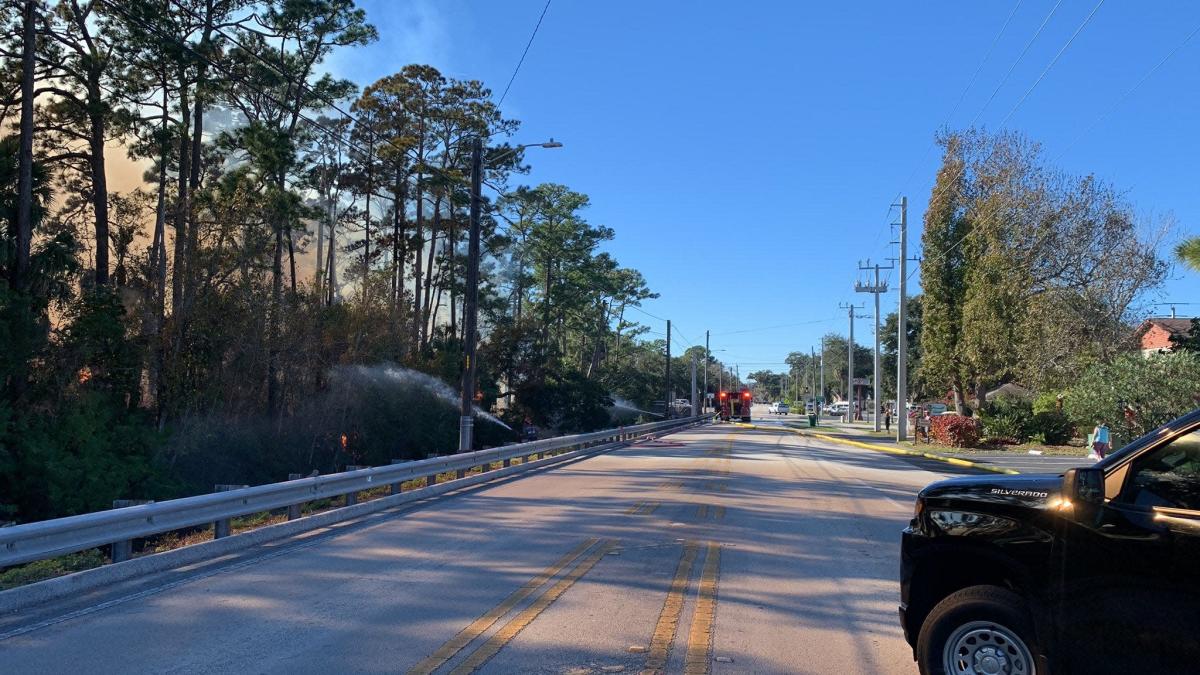 A person has been arrested in connection with a suspicious brush fire in south Daytona that set two homes on fire Monday afternoon, police said.

“Several people saw the juveniles fleeing the woods and we were able to identify them,” Craig said.

Craig said the arrested minor could face arson charges, but the incident is still under investigation.

Craig said the brush fire was estimated at three to four acres and burned from the entrance to the Coventry Forest subdivision on Reed Canal Road and Oak Lea Drive, east to the train tracks.

The houses that caught fire were empty, Craig said.

“The houses were unoccupied at the time, so no injuries were reported,” Craig said.

A dispatcher said one of the homes that caught fire was located at 526 Brooks Circle. Officials also said they also work from a home at 538 Brooks Circle.

The fire was brought under control around 2:36 p.m., Craig said.

This article originally appeared on The Daytona Beach News-Journal: Florida home in South Daytona catches fire due to bushfire