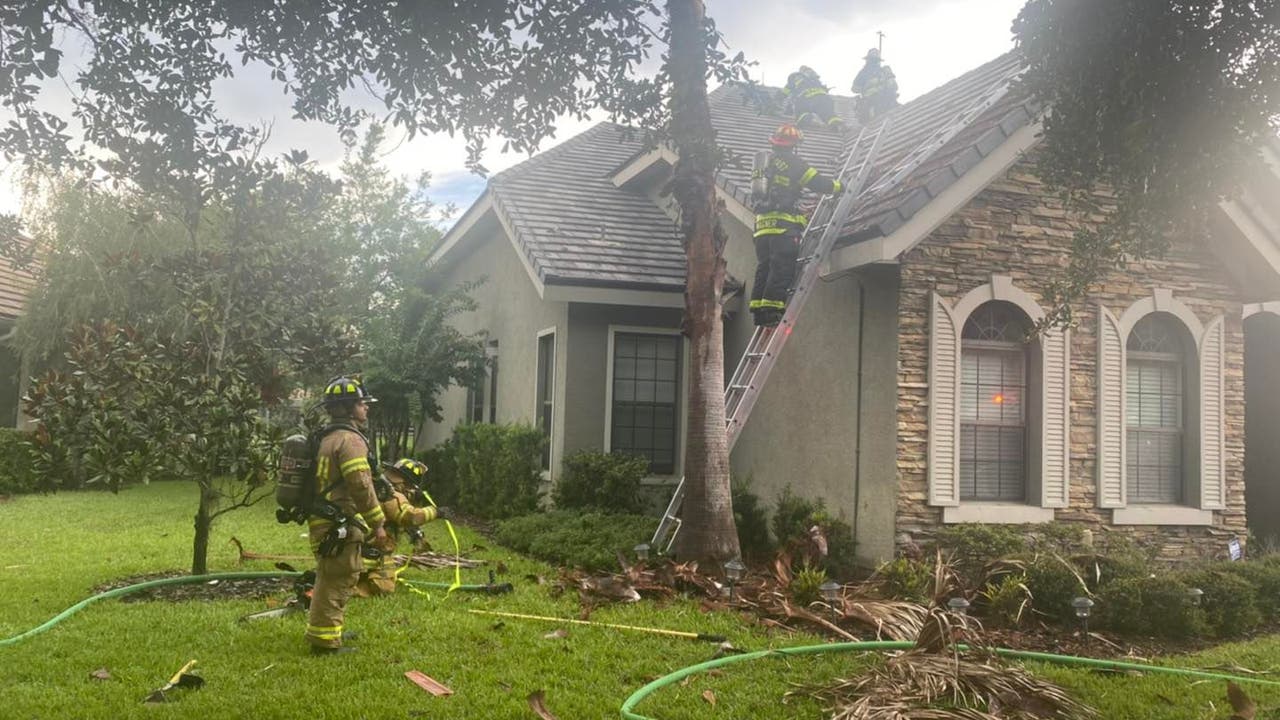 PALM COAST, Florida. – Lightning was the cause of a fire in a house in Palm Coast on Tuesday afternoon, according to the National Weather Service.

The incident occurred as strong storms rolled through central Florida shortly before 2 p.m.

Homeowners said during thunderstorms, lightning struck a palm tree outside the Grand Haven home and they began to smell and see smoke in their home, the fire department said of Palm Coast in a post on Facebook.

Crews were able to quickly extinguish the fire.

No one was injured in the incident and the family was able to return home.

One person was struck by lightning during the same storms in Volusia County, according to emergency officials.

He was reportedly struck while mowing a lawn in the Tymber Trace neighborhood of New Smyrna Beach.

Lightning also struck next to a 66-year-old man standing outside an AutoZone store on State Route 44, and the shock waves knocked him down.