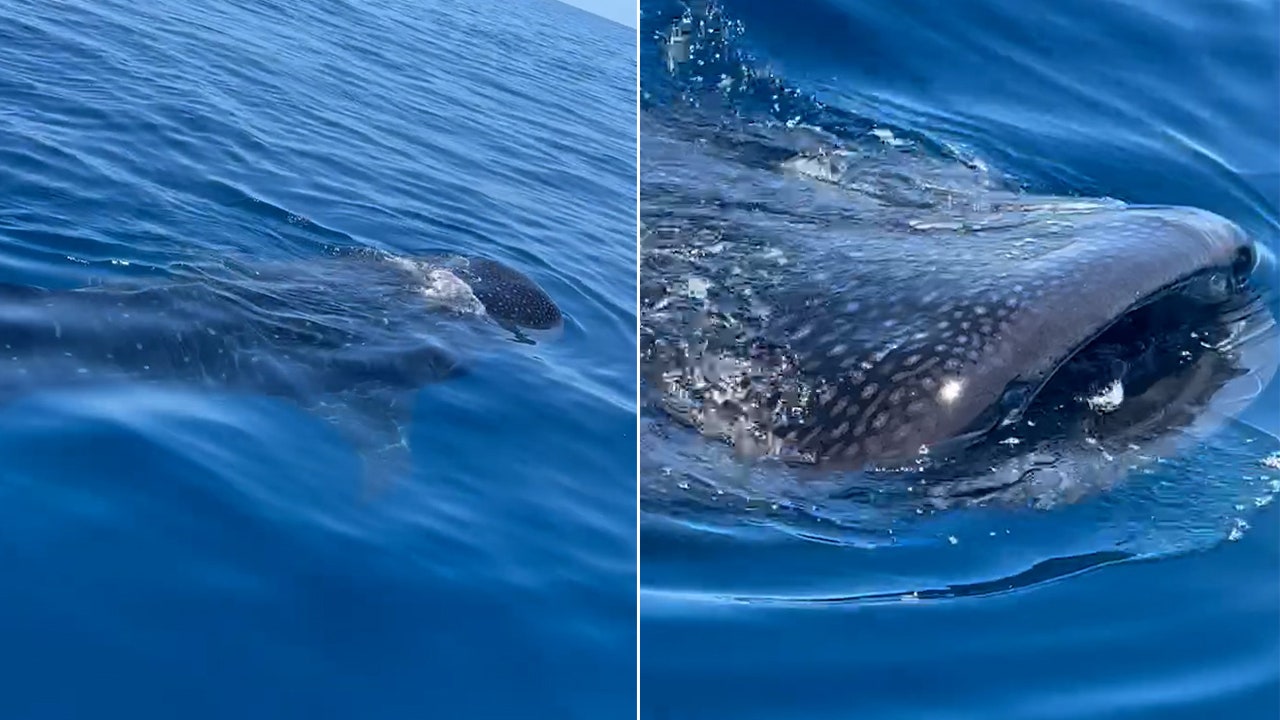 Watch: A whale shark bursts to the surface near the Sarasota coast

Brad Ward was fishing off Sarasota when he spotted a whale shark. (Video credit: Brad Ward)

SARASOTA, Florida. – A fisherman first spotted a line of plankton near Sarasota, then, to his surprise, a whale shark pierced the surface.

“It’s wild!” said Brad Ward, who was fishing offshore about 26 miles from New Pass. He soon began capturing video of the encounter.

“It’s soaking in this line of plankton here,” Ward said in the video. “He soaks up.”

It is not uncommon for whale sharks to make their presence known near Tampa Bay. They are usually seen between March and June – and have been spotted for several years.

At the beginning of June 2018, there was two observations of one whale shark off Anna Maria Island. A few days later, vacationers spotted a large whale shark in the same field.

A year and three days later, a FOX 13 viewer captured underwater video of a whale shark in the same place.

And in June 2019, a fisherman saw a whale shark off Clearwater Beach.

It’s unclear if the whale shark could be the same year after year, but the sightings are a sign that whale sharks are able to thrive in the waters off Tampa Bay.