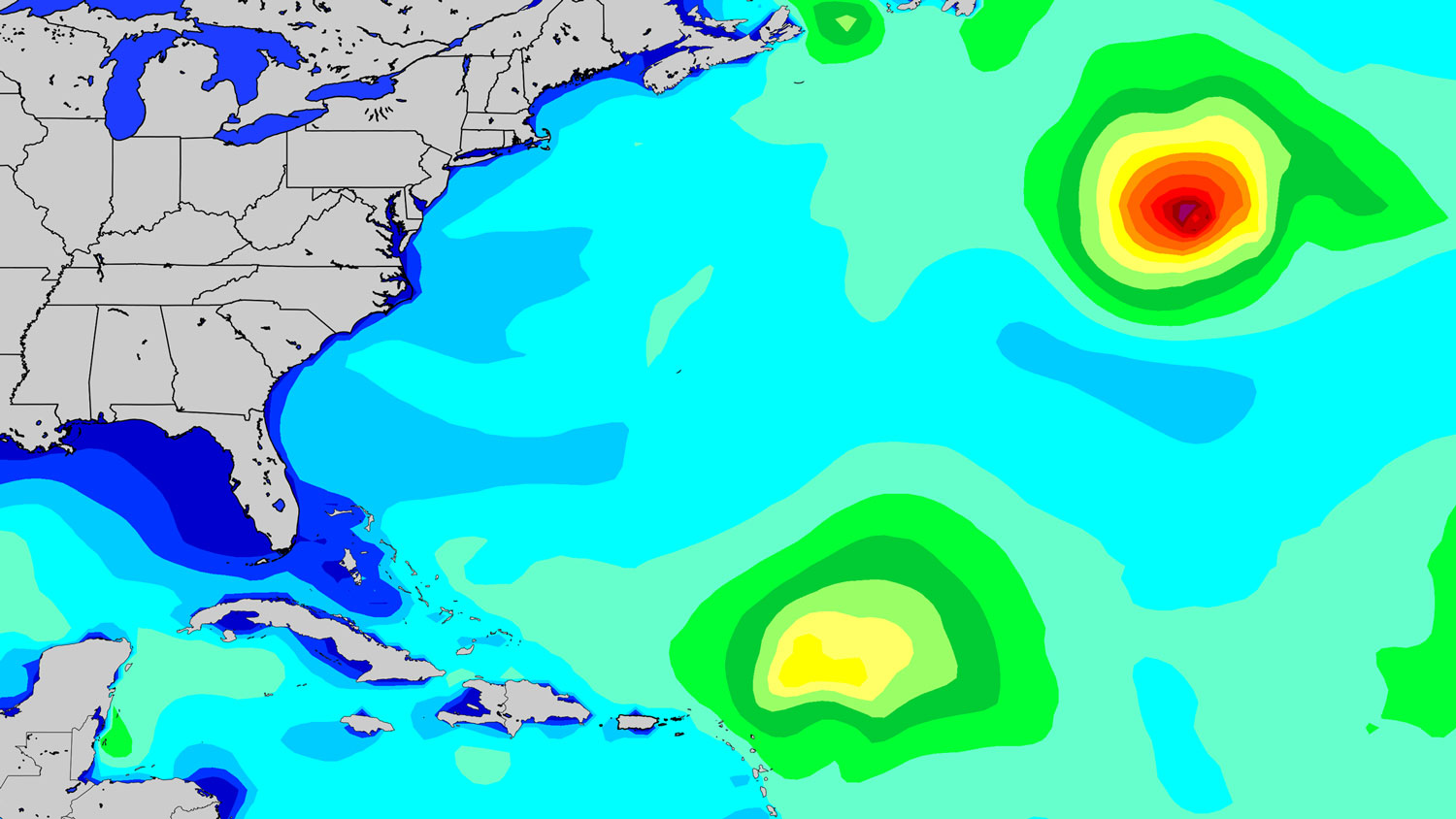 Labor Day weekend unofficially ends summer on the East coast. And that’s usually the start of our best surfing game of the year – the peak of hurricane season. This Labor Day weekend, the beaches will be very inviting with warm sunny weather. But the surf will also be very summery – small and loggable.

The Atlantic tropics have finally kicked off, but not early enough to help our surf this weekend. The feature we’ve been watching all week, 91L, is approaching the Caribbean and could still develop into a named system over the weekend. We only expect a small bump to this system to trickle down this weekend before a few more sizable shows on Tuesday. The size will depend on the ultimate track and the intensity of the system.

Watch live cams near you

91L passes north of the Caribbean islands this weekend as Hurricane Danielle moves away into the central Atlantic.

And far out in the central Atlantic near the Azores, Hurricane Danielle developed Friday morning. Although Danielle may become an intense hurricane, it will remain quite small and far from the coast. Either way, it will send a fun pulse of swell to parts of the East Coast in the middle of next week.

Forecaster Tim Kent lets us know what to expect in the north this weekend:

“The end of summer will look very similar to the rest of summer along the northern half of the coast. Tiny ESE/SE swells are rolling in this weekend and mixing with small local swells from Cape Hatteras to across the northeast.Most areas experience light winds in the morning with top breaks producing just enough surf to wet the big boards and keep the kids happy – but not much more than that.

On Labor Day, the breaks between Virginia Beach and Hatteras will see a little stronger ESE swell from 91L. Surfing remains squarely in the small category but will experience a notable increase from the weekend. And looking at Hurricane Danielle, any easterly swells from this storm will begin to show up as the holiday crowds disperse.

East Coast surfers get a 30% discount on Premium, applied at checkout.

And senior forecaster Mike Watson fills in the gaps in the south:

“A very modest amount of 91L swell reaches Florida over the holiday weekend. Winds around high pressures in the western Atlantic mix with some onshore winds and a short-period swell to produce a knee- thigh for exposed breaks Exceptional breaks might see some bigger waves around optimum tides, while places behind the island shadow in South Florida are left with just a local gale.

The southeast also sees modest amounts of 91L swell and local wind mixing thanks to the winds around the high. This allows for knee to thigh surfing for most spots. The winds are mostly onshore on the weekends before easing on Labor Day.

Even though Danielle is now a hurricane, the southern part of the coast will not see swell from this storm until the end of the holiday weekend. The leading edge starts moving mid next week for the southern half of the coast.

Know before you go

Start your free 15-day trial to Surfline Premium and get access to the best team of forecasters in the world.

6 ways to raise funds immediately for an emergency