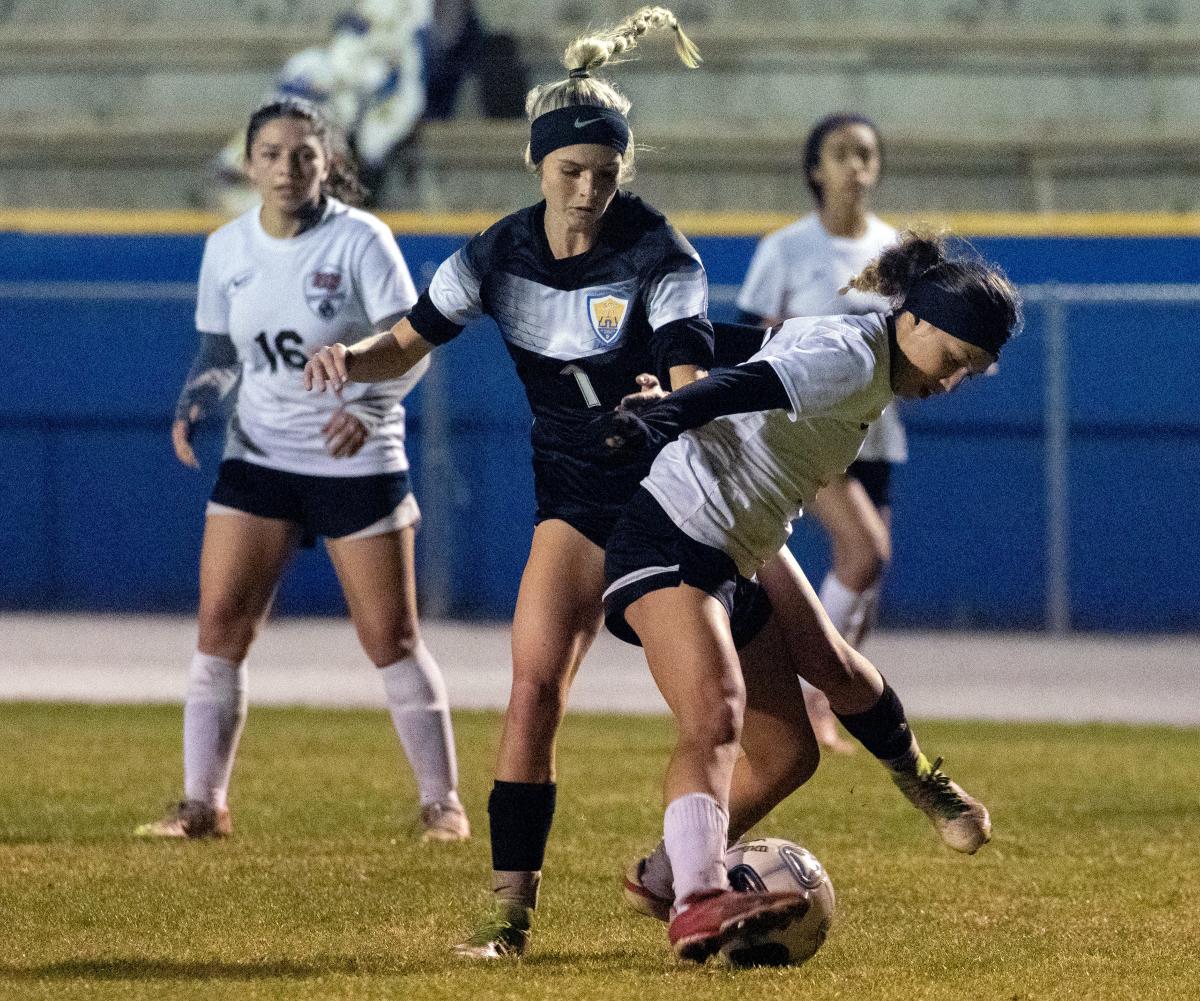 AUBURNDALE – Auburndale has been hit hard by graduation, so it’s been a rebuilding year as the team has hovered around .500 all season.

The Bloodhounds, however, are not ready for their season to end.

Led by a few multi-sport stars, Auburndale shut out Gateway 4-0 Wednesday night in the first round of the Class 5A, District 7 women’s soccer tournament at Bruce Canova Stadium.

Auburndale (6-6-1) will play New Smyrna Beach in the semifinals. Lake Wales (7-4-2) also advanced with a 4-2 win over Daytona Beach Mainland and will play Lake Minneola. Both games are at 7 p.m. Monday.

Junior forward Peyton Battilla, who was a tennis state qualifier last season, scored two goals. Alaney Hancock, who will compete in the regional women’s weightlifting meet on Saturday, had a goal and an assist.

Cover overview: Who is favoured? All you need to know about the Women’s Football District Tournaments

“I think we’re playing pretty well,” Battilla said. “We lost a few players from last year, but it all kind of came together and (we) work as one. I think it makes us stronger not having to depend on two people. I think so we’re playing better as a team this year.”

Auburndale got off to a fast start and led 2-0 at halftime. Braley Williams scored in the seventh minute and Battilla netted a Madison Newbern assist with around five minutes left in the first half.

“For me, once we scored that first goal, my nerves break,” Battilla said. “You never know what’s going to happen. You could get a deflection on a defender and it’s an own goal. You’re down and playing chase all game.”

Auburndale had enough goals but still added two goals in the second half.

Midway through the half, Mia Cinquanti made a run down the right side and centered on Battilla in front. The ball was deflected by the players and Hancock buried his shot.

Hancock then set up Battilla, who scored with around 10 minutes left.

Defensively, the Bloodhounds got a solid game from goaltender Emma Crawford.

“They could have had a few goals against us,” Auburndale coach Tawanda Kaseke said. “She definitely did a good job. She made some tough saves.”

Kaseke is happy with the way his side have played and how they have progressed in this rebuilding season.

“So far we are improving with every game,” he said. “We are at our best this season. We improved at the right time.

The Braves advanced to the district semifinals and will play George Jenkins on Friday.

Gabby Figueroa led the Braves with a goal, and she assisted on Ali Simonies’ goal. Kierra Hoiler picked up an assist on Figueroa’s goal.

Raven Henry was steady in front of goal for the Braves with nine saves.

This article originally appeared on The Ledger: Auburndale Girls Advance to 5A-7 Football Tournament Semifinals