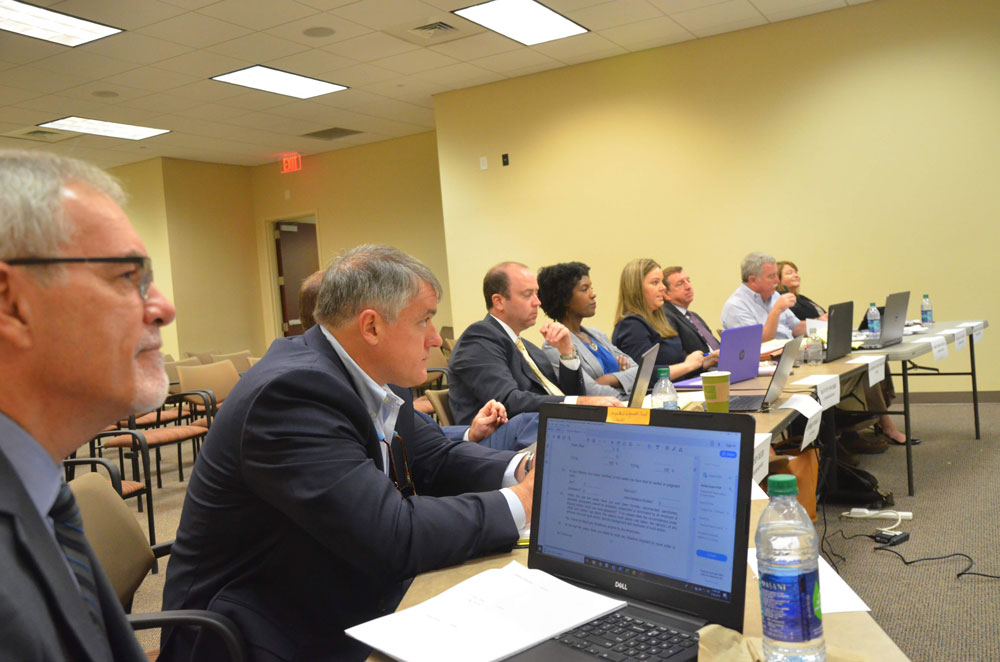 Seventeen attorneys have applied to be appointed to a county judge seat in Volusia that became vacant after Christopher Kelly of New Smyrna Beach was elevated to Circuit Court late last year. Kelly replaced Circuit Judge Steven C. Henderson, who died at 49 in August of Covid.

Volusia, along with Flagler, Putnam and St. Johns form the Seventh Judicial Circuit.

The nomination process begins with the nominees being interviewed by the Circuit Judicial Nominating Commission and forwarding a shortlist to the governor, from which the governor chooses a appointee. These interviews, under 20 minutes each, have been scheduled for March 1, in person, at the Volusia County Courthouse Annex, 125 East Orange Avenue, Courtroom 10, Daytona Beach.

The Seventh Judicial Circuit Nominating Commission, made up of nine members — one of 27 for the state and one of 20 for county and circuit courts — is chaired by Andrew Morgan. All nine members are appointed by the governor — five of them directly, the other four from a shortlist provided by the Florida Bar. The governor’s power to nominate gives the process a partisan advantage: Currently, candidates who do not have a strong Republican pedigree are unlikely to be nominated.

The interview schedule is as follows: